‘Europe is the pinnacle of human well-being’ – Barack Obama

You Are Here:
Home
/
‘Europe is the pinnacle of human well-being’ – Barack Obama

‘Europe in 2019 in some ways has achieved the pinnacle of human well-being. Collectively in Europe right now, on average, you probably see the highest standards of living of any group of people in the history of the planet. Wealthier, healthier, better educated. The continent has largely been at peace for 70 years. You have unprecedented information at your fingertips. You can travel freely across borders that once were closed. Our societies have made great strides to extend opportunity and educate our children, and care for the sick, and to pursue equality for people no matter what you look like or how you worship or who you love.‘ President Barack Obama in Berlin on 6 April 2019

Retired US President Obama, now promoting good citizenship around the world met with emerging leaders from across Europe in Berlin in Germany, on 6th April 2019 as part of what he calls ‘town hall’ meetings.

The town hall meetings reflect the Obama Foundation’s efforts to engage young leaders from around the world in a conversation about the importance of community leadership and civic engagement, consistent with the Foundation’s mission to inspire, empower, and connect people to change their world.

The ‘town hall’ included some 300 young leaders from across the European Union who are working in areas such as government, civil society, journalism, transparency, food security, entrepreneurship, anti-discrimination, integration issues, and technology. They were drawn from public, private, and nonprofit sectors and came from a cross-section of backgrounds.

What they are doing is as varied as setting up a charity to help the elderly, helping local fishermen sell directly without middle-men, or bringing young people together in the EU to solve the problems we face. 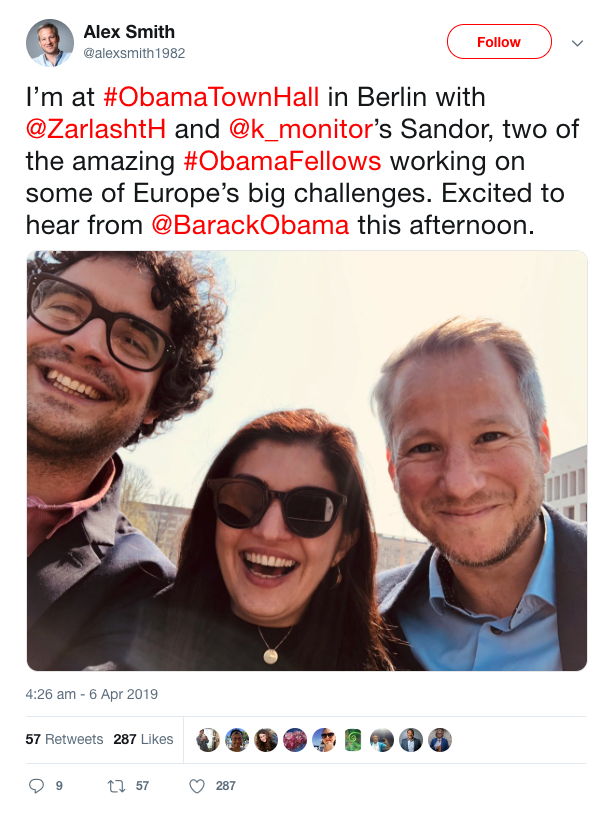 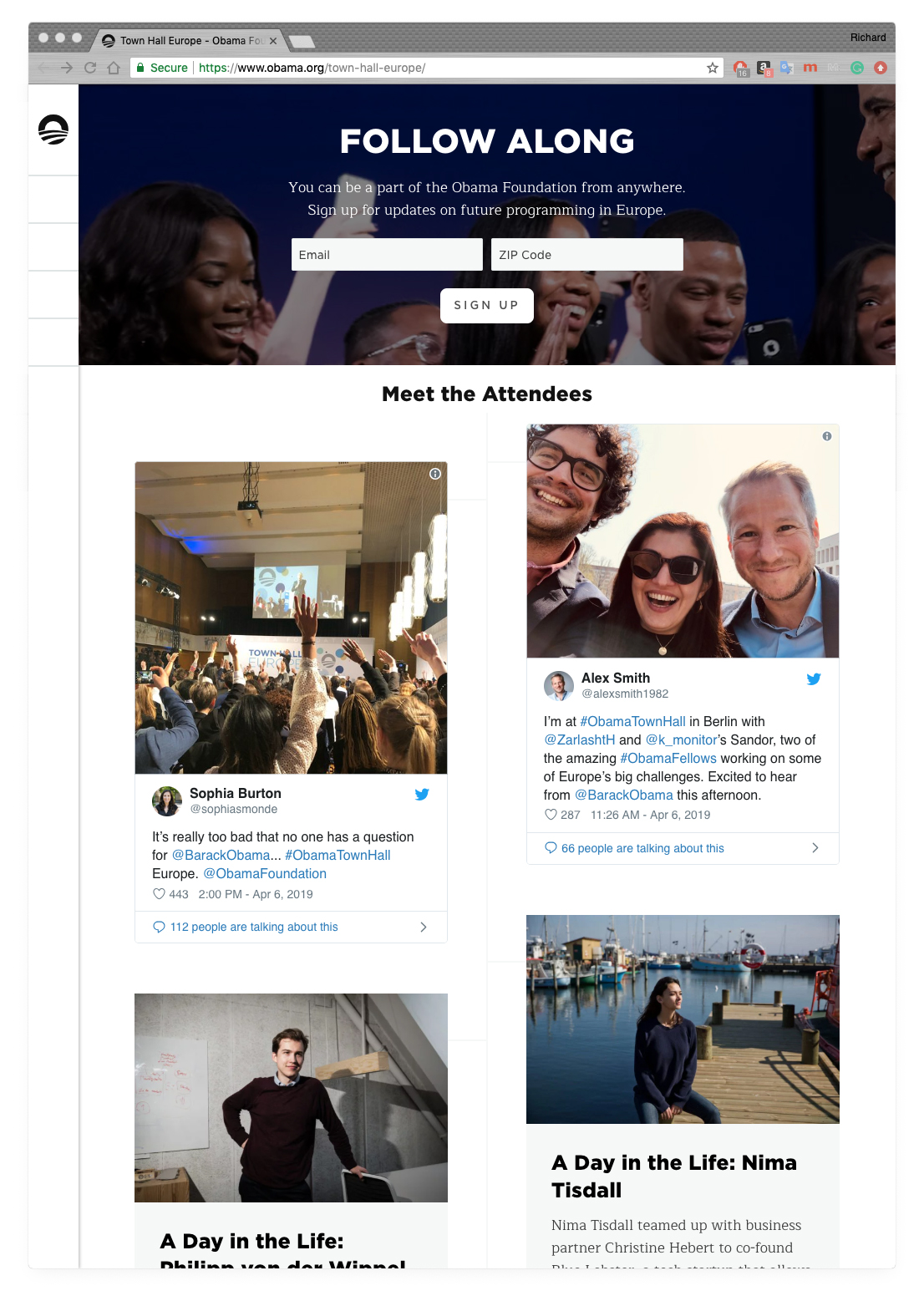 Europe does face challenges, that is undeniable. So despite Barack Obama’s optimism ‘Europe in 2019 in some ways has achieved the pinnacle of human well-being‘, we do need to work together as citizens of the EU to face those challenges.  The future is working together not as separate nations. The diversity we celebrate in Europe is our strength.

Each of these young people have inspiring stories to tell. They are EU citizens using their citizenship to benefit other EU citizens. You can read about them on the Obama Foundation website.

‘President Obama and the Foundation want to hear directly from emerging leaders from across Europe—about their aspirations, challenges, and issues of concern and opportunity,’ said Bernadette Meehan, Chief International Officer at the Obama Foundation. ‘The future of Europe lies with these young leaders, and the Foundation wants to help them advance and scale their work. We look forward to hearing how the Foundation can best support these young leaders, who already are doing inspiring work to advance positive change, hand in hand with their communities.’