You Are Here:
Home
/
Letter from London

Dear Brothers and Sisters in Europe

When I was 14 the Maastricht Treaty was signed. At 19 the Treaty of Amsterdam. To me this meant freedom.

Just as I was coming of age I gained freedom to travel, to live, work and study anywhere in Europe. It presented a huge opportunity and I was itching to go! The future was gloriously full of people and places to explore and to discover.
When I finished school I spent my savings on an Interail ticket and travelled throughout borderless Europe.  I saved money by sleeping on trains and eating the local produce from markets and street stalls as I went. I saw Paris, Rome, Prague, Athens, Venice, Copenhagen and Budapest! I met their people and I absorbed the experience into my coming of age. These were my people. This is where I belong: Europe. 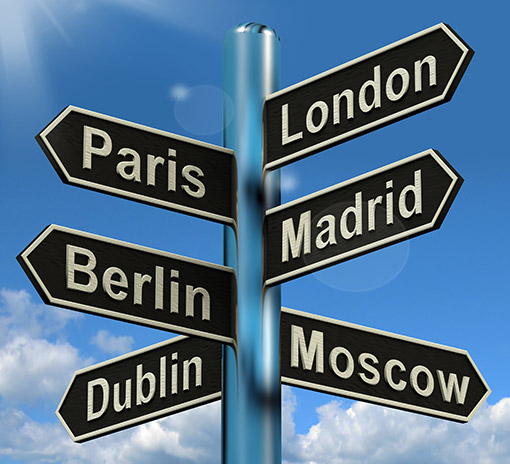 The following year I started university at the London School of Economics: European Studies. I immersed myself in the history, philosophy, economics, poetry and literature of 20th century Europe, learning to understand and appreciate how we got to where we are.
I spent a year in Berlin, attending university to learn about the city and the country and their restitution as a thriving centre of European culture, economics and leadership. What struck me was how at home I felt. Berlin and London: two great world cities.
But this was Berlin ten years after the fall of the wall. Still grimy and still torn. We were coming together, learning from each other, accommodating each other and adapting to a bigger Europe with a future that promised freedom. I lived in the former west and studied in the former east. This was the promise of Europe.

Over the next two decades I worked in London, Edinburgh and Brussels; in Amsterdam, Athens and Ljubljana. I have dedicated my career to informing and teaching, guiding and supporting people to engage as citizens, especially young people who are our future. I have managed the organisation supporting citizenship education in England and worked with outreach for the European Parliament in the UK, teaching teachers and youngsters about its work. I’ve been a democracy consultant to the EU and worked to engage British citizens with European policy-making.

As a society and as a geopolitical entity we need people to take responsibility for one another and for the future of our local areas and national and global issues. Climate change effects all of us. Human trafficking and exploitation are a blight on all our lives. These are issues we need international cooperation to combat. Starting with a cooperation between our nearest neighbours puts us in a more powerful place. As citizens we have the power to influence not only a local and a national administration, but also the whole of Europe. We have strength in numbers and strength in our influence beyond our collective borders.

There have been many challenges along the way. The EU has tried to progress and advance. It has always had its opponents and its saboteurs. It has made mistakes – sometimes big mistakes: but somehow it has found a way forward. It has managed to negotiate accord between now 28 prime ministers and presidents; 28 national parliaments; 751 MEPs and the European Commission. This is no mean feat. I know because I’ve worked for the European Parliament and seen first hand how it operates. Nevertheless, the EU has persisted.

I value my European citizenship more than ever…

We stand on the eve of a valued member of this community leaving: and I value my European citizenship more than ever. I have the freedom not only of the UK, but the freedoms of the 28. My local shops are full of European produce of which my parents and grandparents could only dream. We have had peace in the countries of the European Union since 1945 and have witnessed the revival of Europe as a global power. We are a power that walks with kings and holds it head up high on the global arena with China, America and the likes of Google. This is something worth fighting for!

That’s why I believe that my country’s place is firmly in the EU. Working together and supporting each other we are strongest. I will fight to keep us in and keep us contributing. To other European citizens: please be patient with us while we try to resolve our internal problems. Our place is with the rest of the EU and I will be doing everything I can to keep us there. I am a Londoner, a Brit, a European. We are all Europeans.

With very best regards from London,

Millicent Scott Brooks is an English and Citizenship teacher and an expert in EU affairs. She is an active campaigner for Britain to remain in the EU and has stood for the UK Parliament as a Liberal Democrat candidate. Millicent speaks English, German, French and Norwegian and lives in west London with her husband, baby daughter and Pushkin the cat. 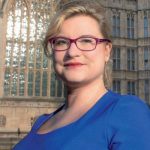 Photo of the Parliament’s hemicycle during a plenary session in Strasbourg by Diliff CC BY-SA 3.0

The Palace of Westminster, Big Ben and  Westminster Bridge by Diliff CC BY-SA 2.5